The Insider's Guide to Holistic Health 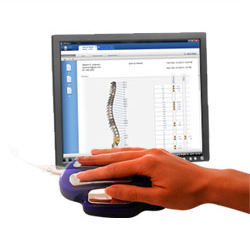 People are always curious as to how the Zyto computerized scan can work. So here’s a recent scenario that happened to me (Susan). I think you will find it interesting and it will help you understand how the path to health unfolds. See the video below also.

A couple of months ago I developed a rash on my chest. Unusual for me. So that morning I decided to run a scan and see what would turn up. It was my spleen that was screaming for help and that was a first for me. So later that day I asked my husband (Dr. Van Dueck aka Dr. DiffRANT) to test me with CRA (Contact Reflex Analysis). I didn’t mention the spleen at that time as he would look at the scan afterwards. Guess what showed up? Yep…spleen. So he explained that the spleen is a cleaner upper and it was overloaded and couldn’t get rid of the wastes and was putting them into my skin. So I rummaged around in our inventory and found a bottle of spleen. Yippee! A few days later the rash was gone, never to return.

So some time went by and I had a few issues with lack of minerals and calcium which I corrected. Then about a week ago, I started feeling a bit sluggish and just not quite myself. So yesterday I did a scan and I had 46 markers out. Only 2 products showed up as necessary and the first product on the list would bring back in 42 markers. It was Bio C 1000 from Biotics. So I asked my husband what he thought because spleen was again asking for help as well. He said don’t take spleen right now. He thought I may have an infection. So he tested with CRA and sure enough I have strep…probably in my lungs because I’ve been coughing a bit. So the spleen is trying to clean up the wastes from the infection. Since it is most likely subclinical, it isn’t a full blow horrible sore strep throat or anything like that. But it is sucking my energy and likely causing some minor upper back pain. I’m definitely not out of alignment so I suspect that it is my lungs causing the discomfort. So I embarked on taking 2 Bio C 1000 every 2 hours yesterday and the idea is to do that until you get loose bowels. So today that happened and now I can back off to the recommended dosage on the Zyto report. I’ll continue for a couple of weeks and get rechecked. Check out my scan. You will see that liver, thymus and spleen are troubled. These 3 organs are the immune system.

So the moral of this story is that you can be walking around with bacteria, fungus, parasites and viruses and not even know it. I’m very aware of when I’m not quite right. A lot of people don’t think much of it but you should because it can be dangerous. What do you think is a big part of the cause of …the big C (Yes, Cancer)? Well, staph is what generally causes cysts and tumours. Fungus is another big possible cause. Cancer doesn’t just happen. There has to be a cause. And it isn’t just cancer, other diseases get started due to these buggies taking over. So I’m suggesting you pay attention to the little things so they don’t become big things that are hard or next to impossible to reverse.

I’ll take you back in my life a bit to give you an idea why I may be susceptible to bacteria and why I really keep an eye on that. When I was 7, I went into the hospital for a few days for tests. They couldn’t find anything wrong with me but I know now that I was likely already having thyroid issues (they are in our family). I have since learned how to keep that problem in check but at the time it was causing me to not want to do much physical activity and that was getting me into trouble in gym class.

After I got out of hospital, I had a big ugly boil on my leg. I still remember that thing…huge and full of pus. I know gross! BUT what is a boil caused from? Staph infection. Yes, the best place to get staph is the hospital so thanks to my little stay I came out with a problem that would haunt me for years. What happened next?

Well, a couple of years later I spent the entire summer on my stomach. I guess I was around 9 at the time. I had horrid weeping sores all over my butt. The doctor, Dr. Joint (yes that was his real name and his partner in his office was Dr. Aiken-seriously) had no idea what to do about it. He gave my Mum some special soap and that was about it. It went away eventually (in time for school).

During the next year or so we moved from Ontario to BC and the staph moved with me. We were in a town of 2000 people and I was the only one to get impetigo (staph). I also had styes (staph). I had horrible colds with great big swollen lymph nodes on my neck (staph). It happened so frequently that one of them has never been the size it should be since. It isn’t infected anymore but stretched out of shape. I also had a weird pimply condition on my face. It wasn’t like regular acne and that went on into my 20s.

Eventually I went to UBC and I still suffered from the horrible colds and some skin issues. Finally I met my husband when I was 29 and a couple of years into our relationship, he went to a CRA (Contact Reflex Analysis) seminar in the US. He came back enthralled and started using CRA in the office. I got tested regularly and after clearing up a few things, lo and behold, staph infection showed up. So then I understood my plight all that time. I began the program from Standard Process which consisted of Thymex (to boost the immune system) and Antronex (to clean up the wastes as the staph died off). It was a 3 month program and near the end of that time I remember standing looking in a cupboard for something and I felt an odd tingling and suddenly it popped into my head that I was finally free of it. It was strange because it had been with me most of my life. I had always had this peculiar obsession with Hodgkins Disease so I think my intuition was telling me that if I didn’t get rid of this thing that I was headed in that direction. So since then, all those symptoms and issues I had are gone.

So please pay attention and save yourself the grief I went through. I’m so thankful for the techniques my husband has learned over the years. I’m sure they and he saved my life.